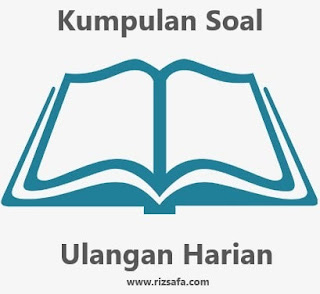 Text 1: This text is for questions no. 1 to 6.
Tornado Wreaks Havoc in Semarang
Residents assess the damage after a tornado damages 150 houses in the district of Tembalag in Semarang, Central Java late on Saturday afternoon.
Three people were injured and at least five of the houses in the Sendangguwo and Tandang neighborhoods were destroyed, while many others were seriously damaged as the tornado ripped off their roofs. Tohirin  Jayeng, 40, a resident whose house was leveled at the Sendang Asri housing complex, said the winds hit about 4 p.m.
“I saw this black wind coming and becoming pointed into a funnel. It suddenly approached and hit my house,” he said.
Tohirin’s wife, two children and mother-in law were in the kitchen at the time when the tornado known locally as “Ulur-ulur” passed over their home, destroying the guest and bedrooms.
“It was as if the wind had lifted my home up,” Thoirin said.
The disaster also destroyed the walls of four neighboring houses.
Many other homes in the area lost their roofs and residents and neighbors had started rebuilding on Sunday.
Tembalang district head Dayat said the tornado also damaged a small mosque and felled power lines and about 50 trees. His office was still collecting data on the damage, he said.
Villagers said the tornado was the worst to hit the district in living memory.
Semarang Mayor Sukawi Sutarip and his wife, Sinto Sukawi, visited the scene on Sunday, accompanied by senior officials.
“We will provide the victims with assistance immediately,” the mayoral spokesman Achyani said.
Taken from The Jakarta Post, December 20, 2004
1.How many houses were destroyed by the tornado in the Sendangguwo and Tandang neighborhoods?
A.less than five houses
B.more than ten houses
C.five houses or more
D.exactly five houses
E.three houses
2.The tornado hit the district ______.
A.at dawn
B.in the morning
C.in the evening
D.in the afternoon
E.at midnight
3.Which parts of Tohirin’s house were destroyed?
A.the kitchen and guestroom
B.the guest and bedrooms
C.the guest rooms and the bathroom
D.the bedrooms and the kitchen
E.the living room and the bedrooms
4.Who rebuilt the damaged homes?
A.the residents
B.the Tembalang District head
C.the mayor of Semarang
D.the mayoral spokesman
E.the residents and neighbors
5.Who is Sukawi Sutarip?
A.A resident of the District of Tembalang
B.Tohirin’s neighbor
C.A victim of the disaster
D.The mayor of Semarang
E.a villager of Sendangguwo
6.Who went to see the scene of disaster on Sunday?
A.Sukawi Sutarip, his wife and senior officials
B.Sukawi Sutarip, his parents and junior staff
C.Sukawi Sutarip and his wife
D.Dayat, his wife and senior officials
E.Achyani, his family and official
Text 2: This text is for questions no. 7 to 11.
GREEDY DOG
A dog once stood on a bridge. He had a piece of meat in his mouth. When he looked down, he saw himself in the water. He thought that was another dog, and that dog had a piece of meat for myself,” he said to himself. Then he opened his mouth and tried to get the meat from that dog. Of course when he did so, his own meat fell into the water.
Now the greedy dog had not a piece of meat at all.
7.What did he see in the water indeed?
A.He saw a piece of meat
B.He saw a bridge
C.He saw himself
D.He saw the cat
E.He saw the water
8.What did he try to do?
A.To open his mouth
B.To see himself
C.To drink the water
D.To stand a bridge
E.To get the meat
9.What is the type of the text?
A.report
B.narrative
C.descriptive
D.news item
E.procedure
10.What did he get at last?
A.He got the meat
B.He got the water
C.He didn’t get another dog
D.He didn’t get anything
E.He got himself
11.Why did the dog want to get the other meat? Because….
A.He was a great dog
B.He was a kind dog
C.He was a honest dog
D.He was a greedy dog
E.He was a happy dog

The Boy who cried “Wolf”
There was once a shepherd-boy who kept his flock at a little distance from the village. Once he thought he would play a trick on the villagers and have some fun at their expense. So he ran toward the village crying out, with all his might.
“Wolf! Wolf! Come and help! The wolves are at my lambs!”
The kind villagers left their work and ran to the field to help him. But when they got there the boy laughed at them for their pains; there was no wolf there.
Still another day the boy tried the same trick, and the villagers came running to help and got laughed at again.
Then one day a wolf did break into the fold and began killing the lambs. In great fright, the boy ran for help. “Wolf! Wolf!” he screamed. “There is a wolf in the flock! Help!”
The villagers heard him, but they thought it was another mean trick; no one paid the least attention, or went near him. And the shepherd-boy lost all his sheep.
12.What is the moral value of the text?
A.The villagers like to leave their work to help the poor person
B.The person who lies: even when he tells the truth no one believes him.
C.The shepherd-boy always lies in every condition
D.The wolfs really like to eat the lambs
E.The villagers will come running to catch the wolf
13.What is the communicative purpose of the text?
A.To critique the shepherd boy
B.To describe the shepherd boy
C.To persuade the readers to follow the shepherd boy
D.To explain the processes of the shepherd boy lost  all his sheep

E.To amuse, entertain an to deal with the story of a shepherd boy.

Text 4: This text is for questions no. 15 to 16.
On the banks of the Chao Phraya, Bangkok’s “River of Kings”, lies a hotel that has already set new standards of hospitality for this celebrated city.
Set in magnificently landscaped tropical gardens, the Shangri-La Bangkok provides guests with all the charm and warmth of the Orient and, at the same time, an unsurpassed range of facilities and leisure activities.
There is a choice of 12 superb settings in which to wine and dine, a large free-form swimming pool that overlooks the river, convention and meeting facilities for up to 2.000 people and a 24-hour business center.
And, from every single guestroom and suite, there is a breathtaking view of all the exotic hustle and bustle of the fabled “River of Kings”.
One might expect such a well-equipped and positioned hotel to be miles away from the city center but, at the Shangri-La Bangkok, the business district and main shopping areas are mere minutes away.
For more than 200 years, Bangkok’s grandeur has been reflected in the waters of the Chao Phraya. Today, the Shangri-La Bangkok towers beside this majestic river, offers its guests the golden promise of the East.
14.The text mainly focuses on ….
A.Bangkok’s grandeur
B.Bangkok’s “River Kings”
C.Shangri – La Bangkok
D.The water of the Chao Praya
E.The majestic river in Bangkok
15.Which statement is TRUE?
A.The convention and the meeting facilities can occupy more than 2.000 people
B.Shangri – La Bangkok is set exclusively
C.Shangri – La Bangkok is far from business area
D.The large swimming pool overlooks the mountainous area
E.The tower beside the majestic river offers its guests the silver promise of the east.
16.In the second paragraph the writer describes…
A.The location of Shangri – La
B.The golden promise of the east
C.The reflection of Bangkok’s grandeur
D.The parts, the qualities and the character of Shangri – La
E.The distance of Shangri – La Bangkok’s to business district

Snow Maiden
Once upon a time there lived a couple in a village. They had got married for a long time, but so far they did not have a baby yet. Every single minute they prayed to God, begged for a baby, but it never came true.
One day, they went to Snow Mountain. They made a girl from snow and they dressed her beautifully. When it got dark, they decided to go home and left the snow girl alone. The following morning, someone knocked the door. “Any body home?” she said. The old woman inside opened the door and asked, “Who are you?” The girl said “I’m Snow Maiden, your daughter”. The old woman was surprised and happy. “Oh really? Thanks God! Come in, please!” Since that meeting, they lived happily.
Snow Maiden was beautiful, kind, diligent and helpful. Her parents and all of her friends loved her very much. One day, Snow Maiden played with her friends. They played fire. At first, Snow Maiden just looked at their play. Suddenly, her friends asked her to jump on the fire. Of course she refused it because one thing that made her afraid was the fire. It’s because Snow Maiden was made of snow, so she should avoid the fire. But her friends kept on forcing her to jump on. Finally, she could not do anything then she did it. She jumped on the fire and she melted. Her friends were so sorry about this, they cried and cried hoping Snow Maiden could live again, but it was useless. Snow Maiden would not be back anymore her mother tried to entertain Snow Maiden’s friends and asked them to make a new Snow Maiden. They went to a snow mountain and started making it. They expected to have the new Snow Maiden. Days passed but their dreams never came true.
Poor them!
17.What did the couple do in Snow Mountain?
A.The melted the Snow Maiden
B.They begged the baby to the God
C.They jumped to the fire
D.They made a snow mountain
E.They make a girl from snow
18. What is the generic structure of the text?
A.Goal > Materials > Steps
B.Orientation > Complication > resolution > Re-orientation
C.Identification > Description
D.Orientation > Events > Re-orientation
E.Newsworthy Events > Background Events > Sources
19.The accident took place in Kemang Pratama Street Yesterday.
The right words that correspondent to the underlined words is…
A.for the time being
B.for good
C.look up
D.occurred
E.doubt
20.I don’t want to count on you because I can do anything by myself.
The right words that correspondent to the underlined words is…
A.alternated
B.for good
C.depend on someone
D.take place
E.took out